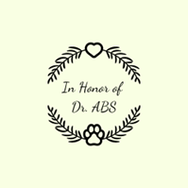 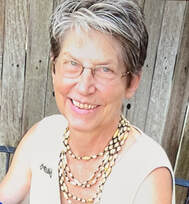 A Tribute to Dr. Ann Brandenburg-Schroeder: One Year Later

Philanthropist, consummate gardener, entrepreneur, cat rescuer, yoga practitioner, lover of nature--these are only a few of the terms that describe Dr. Ann Brandenburg-Schroeder. Doc ABS, as she was fondly known by many of her clients and colleagues, passed away June 28, 2021, at her home in Lakewood, CO, of ALS disease.
Ann Brandenburg-Schroeder received her degree in veterinary medicine at the CSU College of Veterinary Medicine in Fort Collins, CO. During her career as a veterinarian, she ran an emergency veterinary clinic in Arvada CO, and later established Beside Still Water, pioneering the at-home pet euthanasia practice. Her passion was for providing much more than just the medical act of ending the pet’s life. She also supplied emotional support to all family members, including sensitivity for remaining pets. Her calm and caring demeanor endeared her to many clients.
In 1993-1994, she served as the first female President of the Colorado Veterinary Medical Association (CVMA). She also served on the Board of the CVMA Auxiliary helping to raise funds to buy service dogs for the disabled. She was involved in many aspects of the human-animal bond and numerous volunteer activities, including with the Denver Zoo.
When the Human Animal Bond Trust (HABT) was formed in 1995, Doc ABS became an active supporter. HABT was composed of veterinarians and grief counselors, who were committed to providing services to people suffering the loss of a pet. Prior to becoming a trust, this group had operated a weekly Pet Loss Support Group (PLSG) since 1988. Doc ABS incorporated referral to this group into her practice almost immediately.
She later became a member of the HABT Board and served as Co-chairman for several years. Her vast knowledge about pet loss and grief was an invaluable contribution to HABT. She continued to tell all her clients about the PLSG and urge them to attend the group until she retired. She also continued to financially support the group through generous contributions through many years.
Former HABT Board Members have established a fund for HABT in her name in support of the Pet Loss Support Group. You can make a contribution to the fund by clicking here.​ 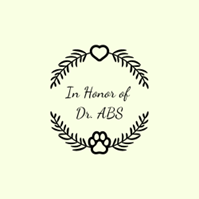